Exhausted? Of course I am. 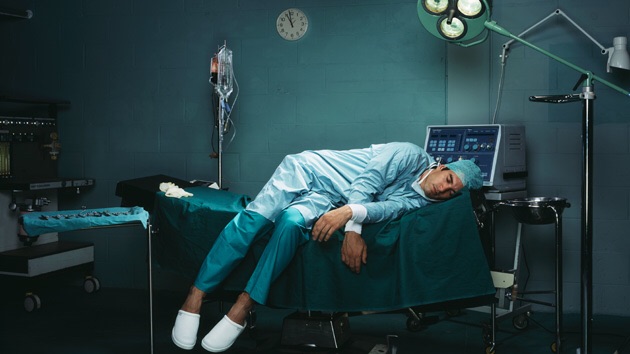 I am, like many of my colleagues, indeed, exhausted.

I’m tired of endless top-down reorganisation, target-chasing and publicity managing. I miss looking after patients. I miss training to be a better doctor.

I’m exhausted by the media. I was on BBC radio during the last strike, and a rather hostile presenter asked me “Why are you on strike? Why aren’t your doing your job”. I gave a PC, measured answered. But what I wanted to say was this ; “I’m striking today to protect the long-term health of patients. That’s my job. But what about you and your fellow ‘journalists’? Are you doing ‘your job’? When a Secretary of State and Prime Minister can say anything and it is reported verbatim; unscrutinised,unchallenged and uninvestigated? When they can lie about stroke care, perinatal care, weekend hospital care, consultant cover, NHS funding, NHS safety and privatisation and not a single journalist will take the time to report the utter lack of credibility on any health issue in any way? I’m doing my job to the best of my ability- are you doing yours?”

I’m exhausted by the politics and the endless endless lies and spin. I’m tired of having to counter the same propaganda ad nauseum. A ‘seven-day NHS’ sounds great- but what is it? Is it urgent emergency care? We already have that. Is it routine care? We don’t need and can’t afford that- not when the NHS has never been poorer. Can we make it better? Of course- but we need investment, policy based on evidence not sentiments. Should I go to hospital at the weekend? Emphatically, categorically and unreservedly YES.

I’m sick of noxious columnists pumping out toxic nonsense; d’Ancona, Baxter, Lawson, Vine…the cogs of the Tory spin machine are many, and they are all dirty.

Most of all I’m exhausted by fighting for an NHS on the brink of destruction- and the public remains wholly unmoved. When you go to the doctor and she tells you something is seriously wrong- how do you respond? Do you then go to the Daily Mail to fact check it? Do you ask for a balanced opinion from a government think tank, deeply invested in privitization? I’ll declare my vested interest right here; I’m a junior doctor and I think the NHS is the best healthcare system for my patients- in equity, in outcomes, in value for money. Now the junior doctors are striking, the GPs are resigning, the consultants are halfway between both. The student nurses are striking, the staff nurses are planning, and pharmacies are closing. Meanwhile NHS services are already being sold- to Virgin, Circle, TDL. Domestic and domiciliary have been private for years already. PFI hospitals are £80 billion in debt for £10 billion of services – does that sound efficient to you?

The end of the NHS is here- not in five or ten years, but here, now, collapsing from August. Do you really believe this government is ‘the party of the NHS?’

Did you vote for this? Did you look at the Tory manifesto and read the pledge ‘Seven Day NHS’ and think- “That’s got my vote, now bulldoze the thing and where’s that private health insurance brochure?”

We haven’t explained ourselves properly and for that I wholeheartedly apologise. The junior contract is simply a means to make lucrative weekend work cheaper, and reduce the pay bill and pension bill on hospitals for private takeover. There really is no other reason to do what the government are doing. They don’t care about the safety of patients- they’ve cut hospital budgets in relative terms the deepest in NHS history, we have less doctors and spend less % GDP on healthcare than most of Europe, and they tried to suppress reports on safe staffing levels for nurses. They don’t even care about ‘balancing the books’- the NHS will be £2 billion in debt this year. The national debt in 2007 was £500 billion, now it’s £1.6 trillion. In 2007, the deficit was £41 billion – now it’s £90 billion. I hear your cries of ‘the financial crash’. Exactly- and here is the cost- years of private debt generated by illegal banking practices absorbed into the public purse. Banking and corporate tax evasion remain unchecked. The NHS and every other public service for sale. It’s a crime too huge to see.

Dear other normal human beings, join us, and help save our NHS, if we can.